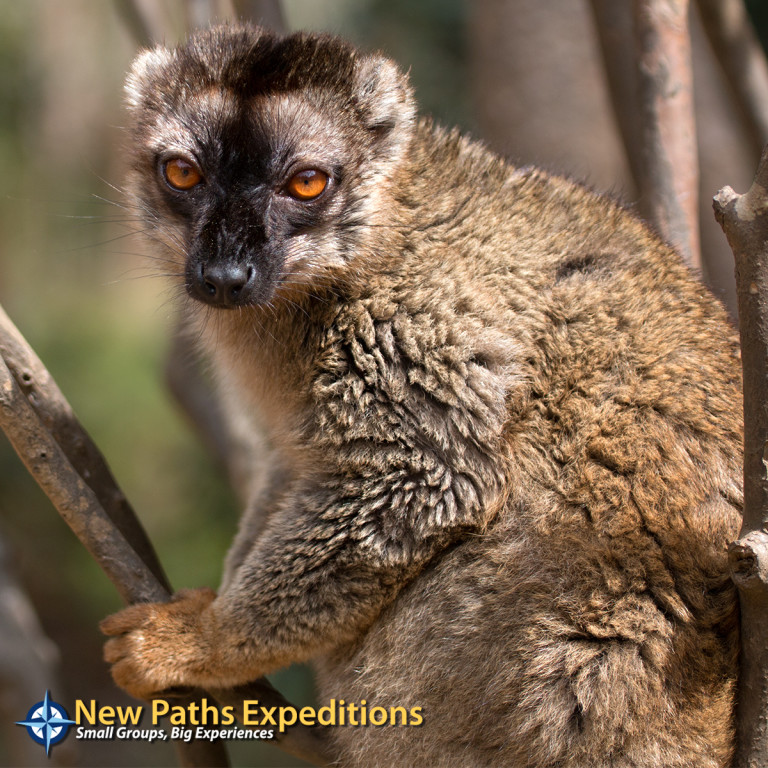 Both sexes have paler underparts, white patches above the eyes, and a black muzzle, often with a dark line extending up onto the crown.