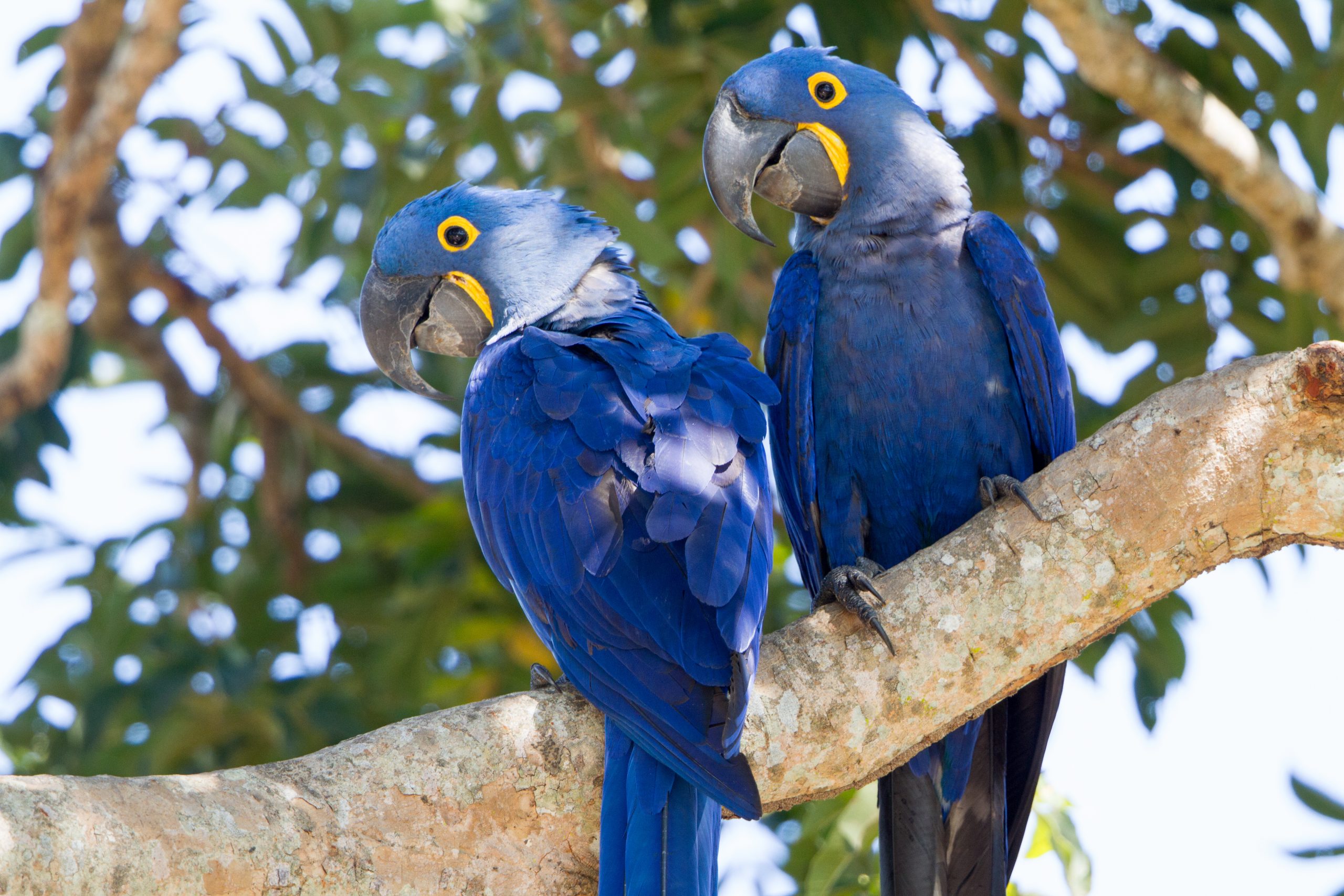 The Pantanal is one of the world’s most extensive inland wetlands, covering an area of roughly 88,803 square miles (230,000 square kilometers). The Pantanal is located mainly in the Brazilian states of Mato Grosso, and Mato Grosso does Sul, although it also extends into Bolivia and Paraguay; and is one of the world’s most fabulous natural reserves. Its enormous area is home to three ecosystems. Dry woods, also known as Chaco, may be found in the south, Savannah (Portuguese Cerrado) in the east, and the Amazon jungle in the north.

Depending on the temperature and climatic circumstances, the terrain comprises wetlands, periodically flooded meadows and woods, and various woodland types. The Pantanal is also home to a diverse range of vegetation and animals. It contains about 1,700 plant species and around 120 animal species; over 100 reptiles and amphibians, approximately 240 fish species, and over 650 bird species. The Pantanal also has the largest population of blue Hyacinth macaws globally, one of the most charismatic and colorful birds you’ll find in South America.

The beautiful Hyacinth macaw, a member of the parrot family, is the world’s most giant flying parrot. It may grow to be 3.5 feet long and have a wingspan of 4 to 5 feet. Most giant macaws weigh between 2 and 4 pounds and have extremely light bones that let them fly.

The unmistakable macaw is also known as the «king of parrots.» Its cobalt blue plumage contrasts with its yellow eye rings and beak base, along with sporting beautiful long graceful tails. The face feather pattern is very distinctive and as unique as a fingerprint. Macaws have long toes and sharp claws for latching onto trees, with their first and fourth toes pointing backward. Their powerful beak works as a third leg! You can find them in forest edges, open wooded areas, and palm savannahs, where it is seen mainly in pairs and small flocks that are surprisingly well-suited to the Amazon jungle’s bright fruits, flowers, and vivid green canopies.

Macaws are famous in the exotic pet trade due to their stunning appearance. The significant reasons for the demise of these spectacular birds are bird capture and habitat degradation. The IUCN Red List of Threatened Species classifies them as «Vulnerable.» Since 1990 around 10,000 Hyacinth macaws were illegally taken to the pet trade, and their numbers dropped to a hazardous low of about 1,500 individuals.

It is unlawful to buy and sell wild-caught Hyacinth macaws. Although trading macaws born in captivity is allowed, the birds are famously challenging to produce, which increases the demand for wild-caught eggs, more often trafficked from South America to Europe than living birds. Despite their dwindling numbers, you can still see Hyacinth macaws in the Northern Pantanal. They prefer to eat on the low-hanging fruit of palm trees, so you can often observe them at eye level.

Fruits, seeds, leaves, flowers, and nuts are their primary food source. Their strong beak allows them to crack open the shells of hard fruits like coconuts. Macaws congregate near riverbanks in the Amazon to feed on wet soil. There are numerous explanations for why they do this. It might be a means for them to neutralize the different toxins in their diet and help digestion. Others have stressed the importance of clay licks as a source of minerals, notably sodium, which is difficult for animals to get in the jungle. Although macaws appear to be impervious to many of their favorite foods’ toxins (such as Hura crepitans seeds), cherries, avocados, and chocolate are toxic to them.

You will hear the macaws before you see them. These birds are very clever and sociable creatures that assemble in groups of 30 to 100 individuals. Cries, squawks, and other distinct vocalizations of macaws like «craaa» may be heard throughout the jungle, especially early in the morning. This activity isn’t just for show; it marks territory, communicates with the flock, and locates mates.

Macaws will choose a spouse after breeding age, typically between 3 to 4 years old, and stay with them for life. Furthermore, partners spend a significant amount of time together, not just for breeding but also for sharing food, grooming, and caring for their young. You can also see macaw couples flying close to one another throughout the woodland canopy.

Macaws live 60 years on average, although they can reach 80 years and even 100 in certain circumstances. Their long life in the wild is attributed to the lack of predators. When maintained as pets, there can outlive their owners!

Many people may incorrectly believe that macaws feathers are solely used for adornment by the Amazon’s indigenous people. However, bright feathers are among the most valuable commodities in Amazonian culture for various reasons, such as identifying their wearer in nature or enjoying their significant mythical powers.

Do you wish to visit macaws in the wild after reading these facts about them? Contact an NPE Advisor now (contact@npexpeditions.com) to start planning your excursion to The Pantanal.