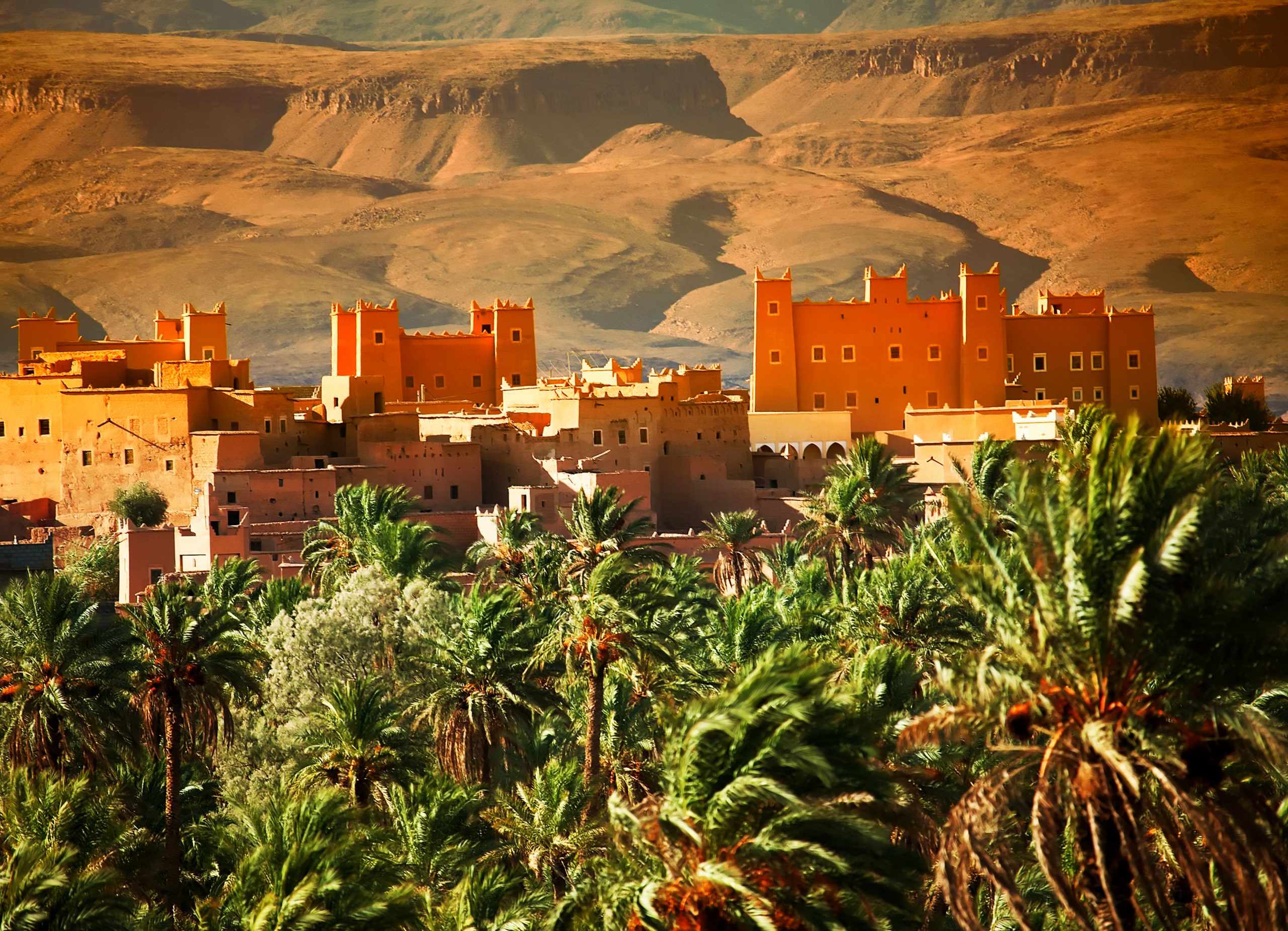 The Kingdom of Morocco, located at the crossroads of the African and European continents, has long been a meeting site for Arabo-Islamic culture and civilization and a land of tolerance, debate, and openness. Morocco was invaded by Phoenicians, Carthaginians, Romans, Vandals, and Byzantines throughout the Classical Antiquity period. Still, with the coming of Islam, Morocco created autonomous governments that held powerful invaders at bay.

The first Muslim Dynasty of Middle Eastern ancestry occurred in 788. The Moroccan State was established in 791. Idriss I, a descendant of Ali, the Prophet’s son-in-law, fled Arabia to escape the killing of his family and lived in Volubilis, ultimately constructing the city of «Fez,» which was named as the Kingdom’s capital after his death in 792 by his son, Idriss II. In 803, Idriss II oversaw the city’s construction and died in 828. While the city of Fez developed economically, the administration of the Kingdom was handed to his sons and then to his brothers. The town achieved great things in 857 and 859, including the Quaraouiyine and Andalusian mosques. The aura of the Idrissids’ reign reached Cordoba at the beginning of the 11th century, before their degeneration and departure in 1055 due to Muslim Spain’s fragmentation.

Around 1070, Youssef Ibn Tachfine, Sultan of the Almoravid dynasty, completed the construction of Marrakech (the Kingdom’s future capital) and established a political union between Morocco and Muslim Spain. Before conquering Spain, the Andalusian civilization extended over the Maghreb. His son, Ali Ben Youssef, succeeded him in 1106 and reigned for 37 years.

The Almohad Dynasty was a High Atlas Berber dynasty whose name originates from the Arabic «Al Mouwahidoune,» which means «unifiers» (those who claim the uniqueness of God). El Mehdi Ibn Toumart founded it.

His follower, Abdel-Moumen, established Marrakech as the capital, from which he built Koutoubia, founded the Almohad Empire, and succeeded in uniting North Africa. However, he died in Rabat in 1163 before adding Andalusia to his Empire. His successor, Yacoub El-Mansour, returned this triumph to him, who won the battle of Alarcos against the Portuguese and Spaniards in 1195.

The seat of this Dynasty was Fez, and it built Fez El-Jedid and various Medersas, including Medersa El-Attarine, Medersa Abou Inane, and Medersa Mérinide in Salé. The Merinid Empire seized control of Fez, Rabat, Sale, and the lush plains of Saiss and Gharb as the Almohad Empire fell apart. Following that, in 1269, the Merinid Sultan Abu Youssef Yacoub conquered Marrakech.

As the Marinid dynasty’s ultimate monarch, Abu El-Hassan attempted to rebuild the Empire in 1331, conquering Tlemcen and Tunis in 1347, but failing to maintain Spain and Algeciras in 1340.

The Black Death and revolts in Tlemcen and Tunis showed the deterioration of the Marinids. They fell to suppressing the Portuguese and Spanish, allowing them to settle on the coast thru their successors, the Wattassides. The Saadian dynasty sprang from the resistance, structured around brotherhoods and marabouts.

Marrakech was the seat of the Shereefian dynasty («Chorfa descendants of the prophet Mohamed») from the Draa Valley. Sultan Ahmed Al Mansour Eddahbi began his reign in 1578 with significant military victories, including the «Battle of the Three Kings» and «The Conquest of Timbuktu.» Ahmed Al Mansour Eddahbi’s reign came to an end in 1602.

The Alawite Dynasty descended from the Chorfa of Tafilalet, who established themselves in the region before establishing their power over the entire country in 1666. Moulay Ali Cherif, the Dynasty’s spiritual head, and his successors (including Mohamed Ben Ali Cherif, who was declared the first king in 1640) unified Morocco, adopting a political and military strategy in the process.

In 1672, King Moulay Ismael assumed ultimate authority while carrying on the work of his forefathers. The Sultan began by establishing the city of Meknes, which he eventually named the Kingdom’s capital. Moulay Ismael founded the Cherifian Empire after conquering Larache and Tangier and eliminating the local political and religious forces. King Moulay Ismael’s authority will extend to Senegal. He ordered the construction of a network of fortifications around the country. After that, he dedicated himself to forging good diplomatic connections with foreign countries, particularly with Louis XIV of France and James II of England.

Sidi Mohamed Ben Abdallah (Mohamed III) succeeded Moulay Ismael after 1727. He was a devout Muslim who solely cared about providing peace and security to the country. As a result, he was greeted as a fortunate man. His declaration took the form of a legitimate referendum. He lowered taxes, established a good currency, and recreated a fresh army from the Guich tribes as soon as he was invested.

At the same time, he attempted to strengthen Moroccan ports and retook Mazagan from the Portuguese (1769). He arranged with Louis XV for captives and peace with the Spaniards. Morocco made trade contracts with Denmark, Sweden, England, and the United States to improve its contacts with the outside world to compensate for the loss of the Triq-Sultan (strategic crossing).

Sidi Mohamed Ben Abdallah laid the groundwork for Mogador, which he handed to the French architect Gournot. If a lack of cash hadn’t hampered him, there’s little question he would have accomplished far more. Morocco was in better shape than before his rule when he died in 1790.

Moulay Slimane took over as the successor of Moulay Yazid Ben Abdallah, who would have only governed for two years (1790-1792). He drove the Turks out of Oujda, established many mosques and madrassas, and did not forget to help Algerians during the Battle of Isly.

Sultan Moulay Hassan I, successor to Mohamed IV, secured his rule by uniting the High Atlas tribes and modernizing the nation while maintaining its independence. Morocco’s debt to foreign banks has been deepened by foreign interventions from the United Kingdom, Spain, and France.

Moulay Hassan I died in 1894, and Sultan Moulay Abdelaziz ascended to the throne, reigning until 1907 when Moulay Hafid took over. Following the deaths of many European individuals, the French captured Casablanca, although France and Spain had previously been named mandataries of Morocco’s new state bank during the Algeciras Conference in 1906.

General Lyautey left in 1925, and France limited the Chérifien central power’s prerogatives by focusing on direct management. The resistance was well-organized, with most of its members being young urban elites. During World War II, the nationalist opposition and France agreed to a cease-fire.

Throughout the war, King Mohamed Ben Youssef (Mohamed V), who was named Sultan of the Cherifian Kingdom in 1927 and so guardian of all his people, fought valiantly for Moroccan Jews against the Vichy dictatorship.

The Manifesto of Independence was issued in 1944, and His Majesty King Mohammed V delivered a meaningful address in Tangier three years later. Negotiations with France broke down during the following five years. A conflict between the protectorate’s authorities and nationalists resulted in insurgencies in 1952. In 1953, the Sultan and his family were overthrown and banished to Madagascar.

However, the French government was pushed to seek a political settlement after failures in Indochina and the Algerian conflict in 1954. The Sovereign’s return from exile would take place in November 1955, paving the way for independence, which France would acknowledge in 1956 and after that by Spain.

The regime began to shift toward more democracy and political changes in the 1990s. With the death of His Majesty King Hassan II on July 23, 1999, the Kingdom will be led by a Sovereign born after independence, His Majesty King Mohammed VI, whose enthronement occurred on July 30, 1999.