This fantastic trip leaves Longyearbyen, a town in the north of Norway’s Arctic island of Spitsbergen, part of the renowned Svalbard archipelago. We investigate the island’s northwest shore, which offers some of the best prospects for animal observation in the Arctic and magnificent mountain landscapes and tidewater glaciers.

During our voyage, we also travel near the chaotic north-polar ice cap’s edge to spot polar bears chasing their prey. We have a unique opportunity to observe pure nature and rarely see extraordinary phenomena at the dynamic boundary between unyielding ice and an abundant sea. 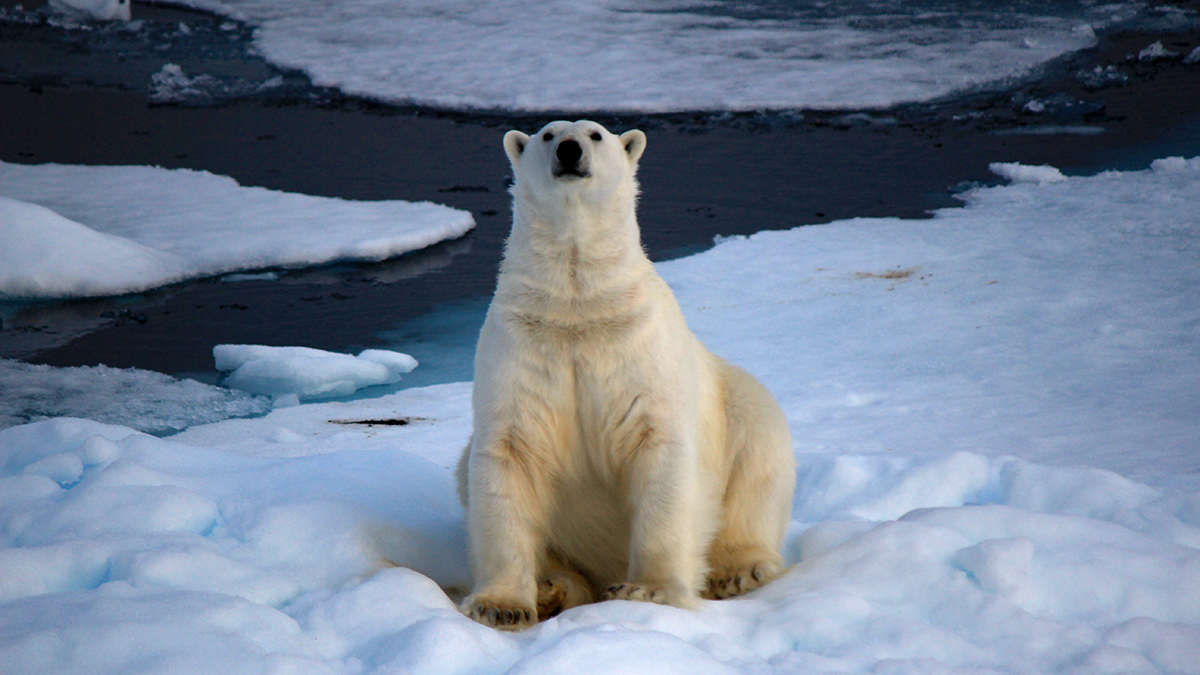 Greetings from Longyearbyen, the administrative hub of Svalbard and the location of our Arctic expedition’s beginning. You will be met by our team at the Longyearbyen airport and transported to a high-quality accommodation. After that, you are free to stroll through the lovely town center. 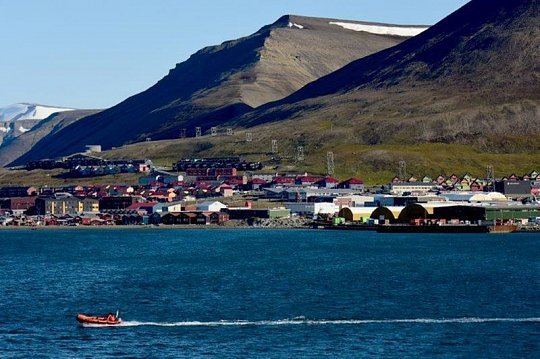 You can enjoy Longyearbyen in the morning after breakfast at your accommodation. View the glaciated mountains and freezing fjords surrounding this ancient former coal-mining town. Take advantage of the opportunity to purchase trinkets or other last-minute requirements like cold-weather clothing. Remember that you’ll soon get your own parka to keep and waterproof boots that you can borrow on the cruise. Longyearbyen provides quick and straightforward lunch options, such as the world’s most northern pizzas and kebabs.

You will be driven to the pier in the afternoon, where we will gladly welcome you on board the opulent exploration ship M/V Sea Spirit. Set up residence in your roomy suite and look around the boat that will serve as your cozy home during the upcoming remarkable voyage. Following departure, a packed schedule of activities begins with educational briefings and introductions from your expedition personnel. 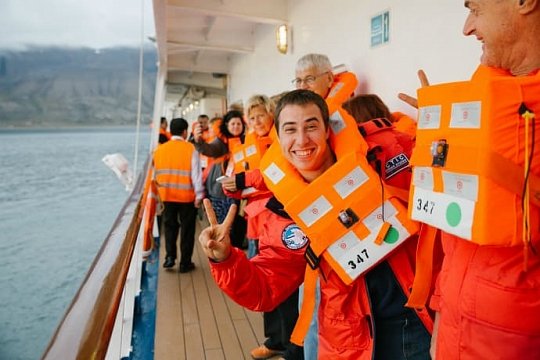 The largest island in the Svalbard archipelago, Spitsbergen, will circulate during this expedition. We intend to explore every aspect of this amazing High Arctic region along the route. Weather and ice will determine the specifics of our timetable and route. We anticipate that ice conditions will be ideal for circumnavigation during summer. Additionally, we anticipate that there will be sufficient sea ice to sustain ice-dependent creatures like polar bears and walruses. This route offers the tempting potential of visiting each of the four major islands that make up Svalbard and giving travelers a comprehensive view of Spitsbergen.

South Spitsbergen National Park, a sizable territory with various landforms, including polar deserts and impassable mountain ranges, is the first of several pristine natural areas on this route. The park’s focal point is Hornsund, a picturesque fjord where countless large glaciers plunge into freezing inlets from lofty mountaintops. The park also encompasses the southern Bellsund shoreline, a gorgeous harbor where we can still see wooden boats, huts, and thousands of whale bones from previous whaling operations. This is a sight from the distant past that has been virtually frozen in time. There is always a good chance of seeing wildlife anywhere in the park. Additionally, there are several opportunities for world-class hiking across untamed polar landscapes with intriguing geology. During this season, wildflowers will be at their best.

The Southeast Svalbard Nature Reserve, a pristine and little-visited environment with hundreds of isolated islands, is the next stop on our journey. We find wide tundra valleys supporting the highest density of Svalbard reindeer in the territory on the huge islands of Edgeya and Barentsya. We’ll likely observe reindeer calves growing quickly this time of year. Additionally, the valleys are crucial breeding grounds for ground-nesting species, including sandpipers, eiders, and geese. As their young cubs are only now emerging from their dens, Arctic foxes wander the huge expanse in search of food. The walrus, which can be seen resting in great numbers on gently sloping beaches, prefer shallow, muddy waters as their feeding grounds. Islands-wide historical landmarks look back at the region’s former trapping and hunting days.

We anticipate seeing huge amounts of sea ice on this voyage in the vast Northwest Svalbard Nature Reserve. Ice can last late into the summer in this distant and remote area, giving it a polar appearance. The entire Nordaustlandet, the second-largest island in Svalbard, and the rough northwest regions of Spitsbergen are included in this reserve. One of the outstanding beauties of the Arctic region is the enormous Austfonna ice cap, a portion of which meets the sea along the 45-kilometer-long Brsvellbreen ice cliff. Although there isn’t much flora in the polar desert, breeding areas like the breathtaking sea cliffs of Alkefjellet are home to enormous numbers of seabirds. Polar bears and walruses are likely to be seen in this chilly environment.

We anticipate that the edge of the polar pack ice will be relatively close to Nordaustlandet at this time of year. Between the solid sea ice and the open ocean, we intend to navigate along this dynamic barrier. The chance to see the dynamic interaction between polar bears and seals at this location is unmatched. To observe polar bears in their favorite environment, we will maneuver the ship safely near the disorganized and continuously moving ice floes.

At last, we arrive at Northwest Spitsbergen National Park, the jewel in the crown of Svalbard’s natural treasures. Here, enormous tidewater glaciers calve icebergs into turquoise waters, and mountain ranges with jagged edges surround deep fjords. The park has innumerable breeding colonies on small islands, mountain slopes, and sea cliffs. These colonies are home to millions of murres, guillemots, and little auks, whose eggs are just starting to hatch. Additionally, this is a fantastic time to see marine creatures like beluga whales and several kinds of Arctic seals. We also discover signs of the earliest sealers and whalers on Svalbard in this breathtaking environment and wildlife activities.

A multinational community of Arctic researchers now resides in Ny lesund, a former mining town and airship station located along our path. This community has a museum, tourist shop, and post office, which is among the most northern places on Earth.

The challenging Svalbard and Polar Ice Edge tour provides an in-depth look at the Arctic’s varied aspects. Every day brings new and fascinating opportunities. We won’t miss a chance to come across stunning Arctic wildlife, take in the breathtaking polar landscape, or follow in the footsteps of earlier historical expeditions. 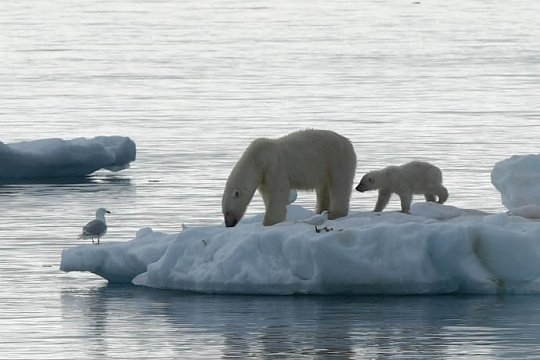 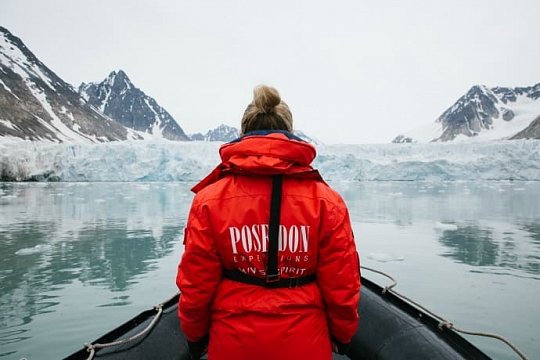 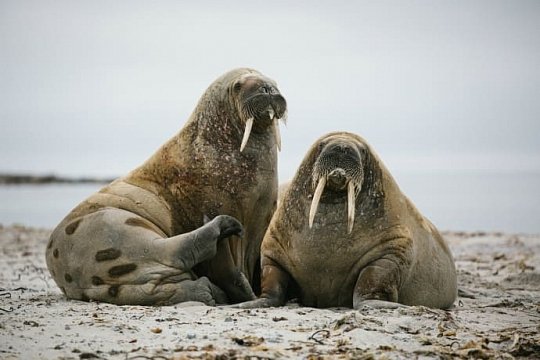 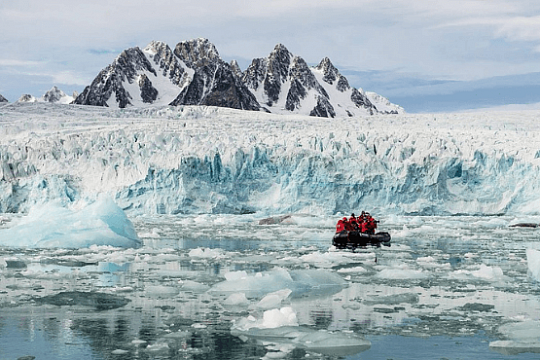 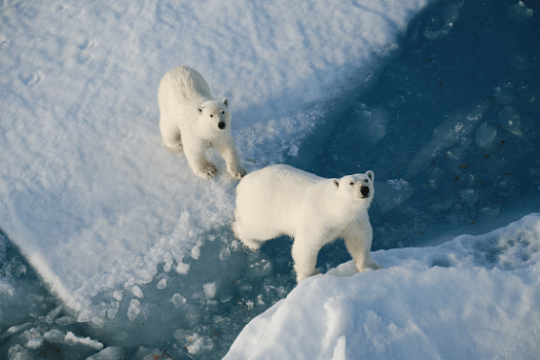 We bid you goodbye in Longyearbyen after one final breakfast buffet on board. If you intend to stay in Svalbard for longer, we offer transfers to the airport or the town center. By this point, you might be planning your subsequent incredible journey with us to the arctic regions! 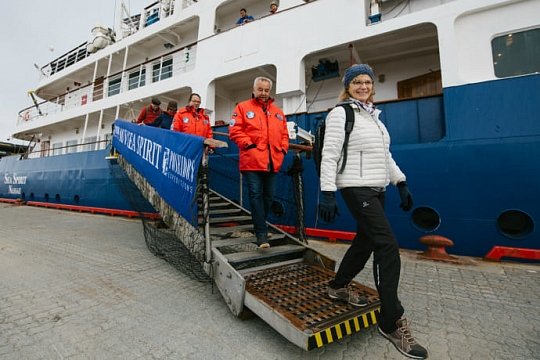 The m/v Sea Spirit is migratory, like most birds,  and follows the sun, northbound in the summer and southbound in the winter, always ready for spontaneous discoveries — a pod of whales, a family of polar bears, or a glaciated mountain vista. She is highly maneuverable and capable of navigating the narrow fjords of East Greenland and entering the small bays of Spitsbergen.

Onboard, it creates a friendly and welcoming atmosphere for all the guests. They are united by one goal — to have a memorable wilderness experience and to become real polar adventurers. 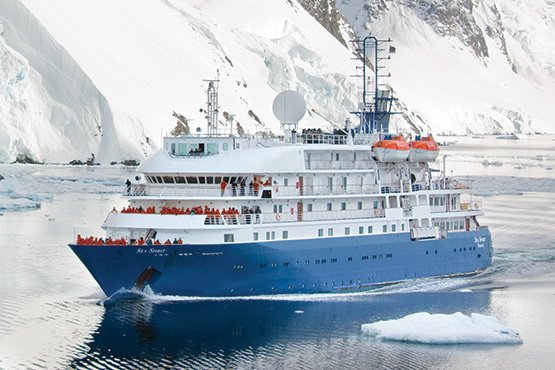 CUSTOMIZE THIS PROGRAM
REQUEST A QUOTE