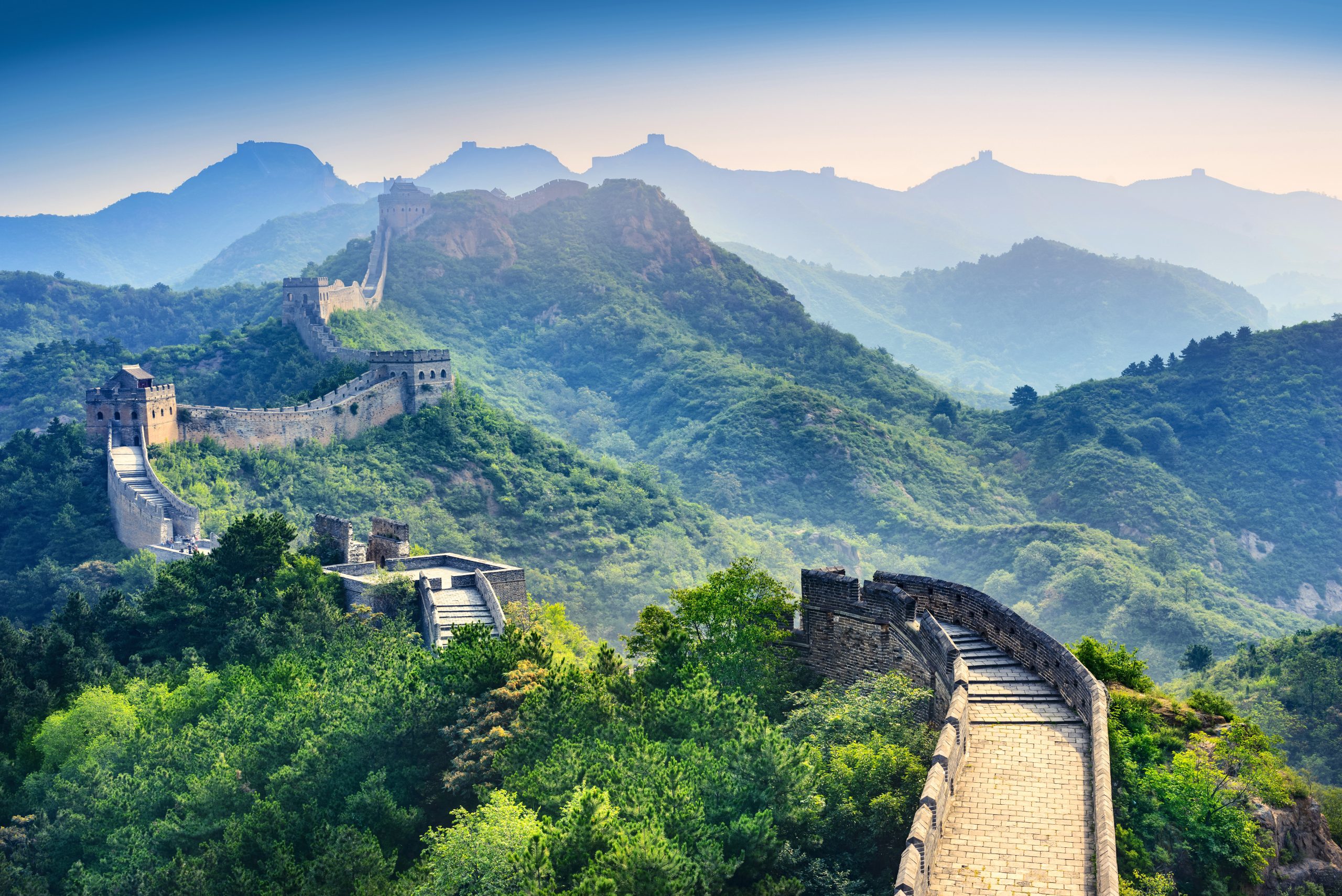 Experience the best of China, where the diversity of ecosystems and Natural history, past and present local cultures, and the history is correctly balanced. Make your way inside the Forbidden City, a vast imperial palace that served as the former residence of the Emperor of China and serves as the geographic center of Beijing. Tiananmen Square, located south of the towering red walls, is the final resting place of China’s most powerful leader, Chairman Mao Zedong, who lays embalmed in a glass coffin within his tomb. Jingshan Park is a must-see while visiting the Forbidden City. Jingshan Hill, located just across the street, offers magnificent views of the ancient Imperial Palace and Beijing to those who take the short walk up the hill. Experience two rides onboard Chinese fast trains, be astonished by the Terracotta Warriors, feel tiny on China’s Great Wall, and more in a unique, customizable experience in China with NPE! 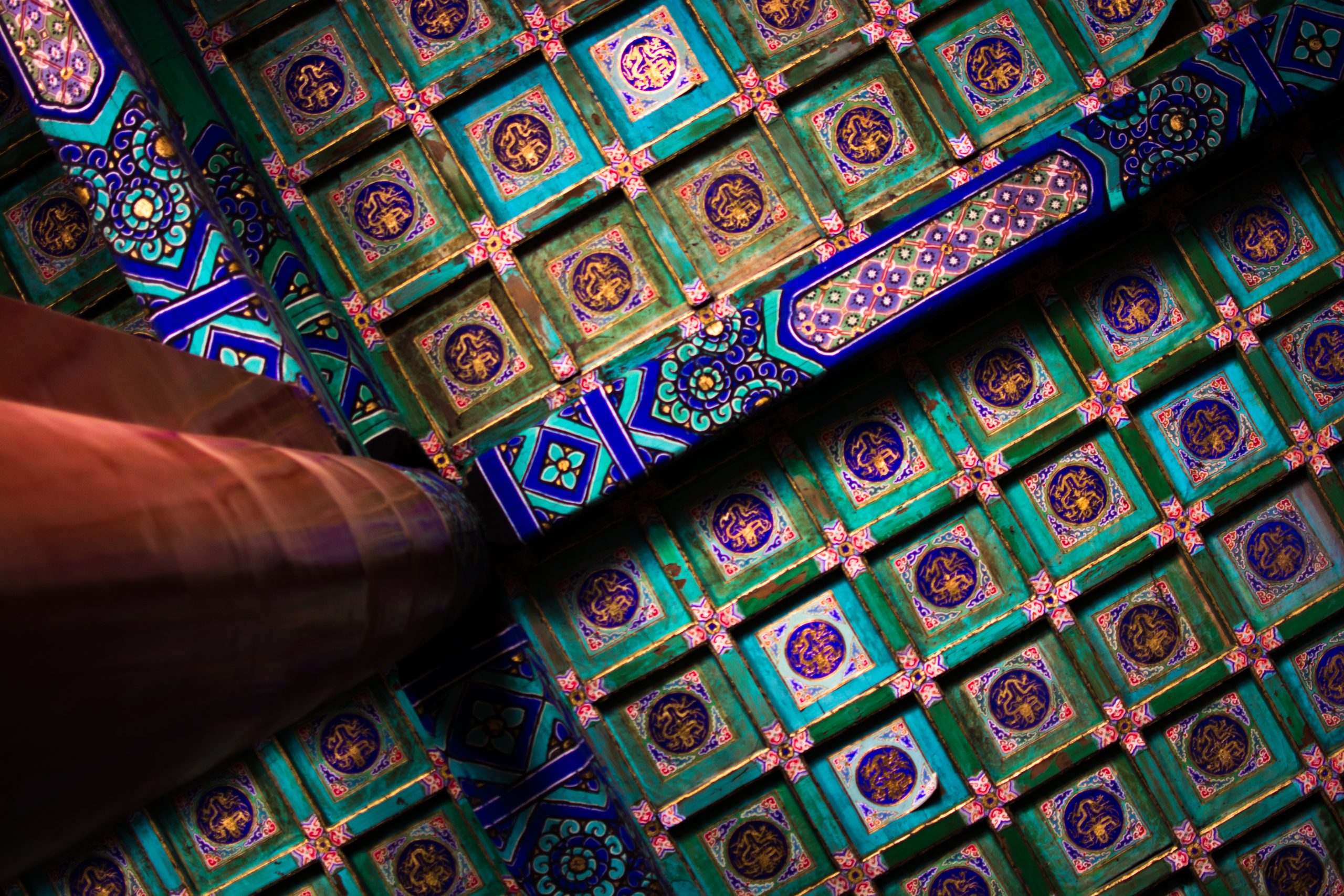 China’s climate varies dramatically due to its vast size, many degrees of latitude, and complicated terrain. Summers are hot and rainy in China, while winters are cold and dry. In Spring (March to May), the temperature gradually rises, with a noticeable difference in temperature between day and night. The amount of rain falls, but the weather remains dry due to the frequent windy days. Sandstorms do occur in Northern China on occasion. During summer (June to August), heavy rains and hot temperatures are common in China. The temperature between day and night can range from 18 to 28°C / 65 to 82°F on average. In Autumn (September to November), the temperature drops in the fall season, and the weather is much cooler than in the summer but not as cold as in the winter, making it an ideal time to go sightseeing outside. However, the difference in temperature between day and night grows. People feel dry because the humidity is lower. 15 to 25°C / 59 to 77°F on average. Finally, during winter (December to February), it can be chilly, dry, and windy in the north. Humidity and cold prevail in the south. -1 to 8°C / 30 to 46°F average temperature 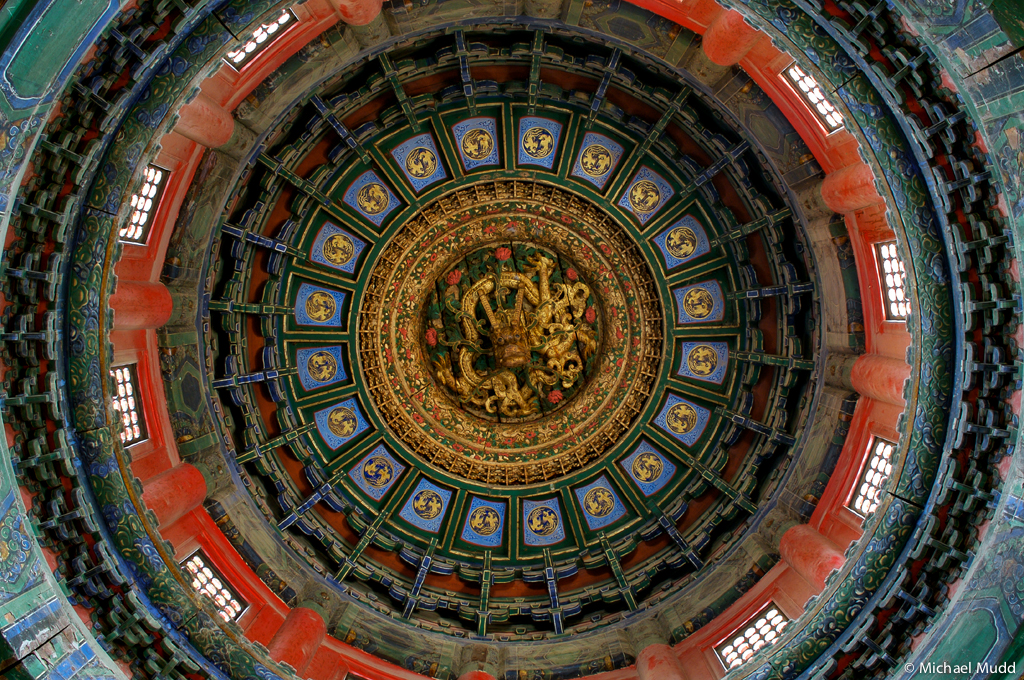 Spring and fall are the best time to visit China. During these times, the weather is often mild and dry, in contrast to the brutally cold winters and hot, humid summers seen in most of the country. However, due to China’s vast expanse, there are no real travel restrictions, and with one or two exceptions, it is feasible to visit all year round.

In general, the best months to visit western China are between April and October, when the flowers are in bloom, and the local bazaars are bustling with activity. From June to August, when alpine flowers cover the steppe and climbing, and trekking conditions are excellent, it is the best time to visit for those going over high passes or into the mountains. 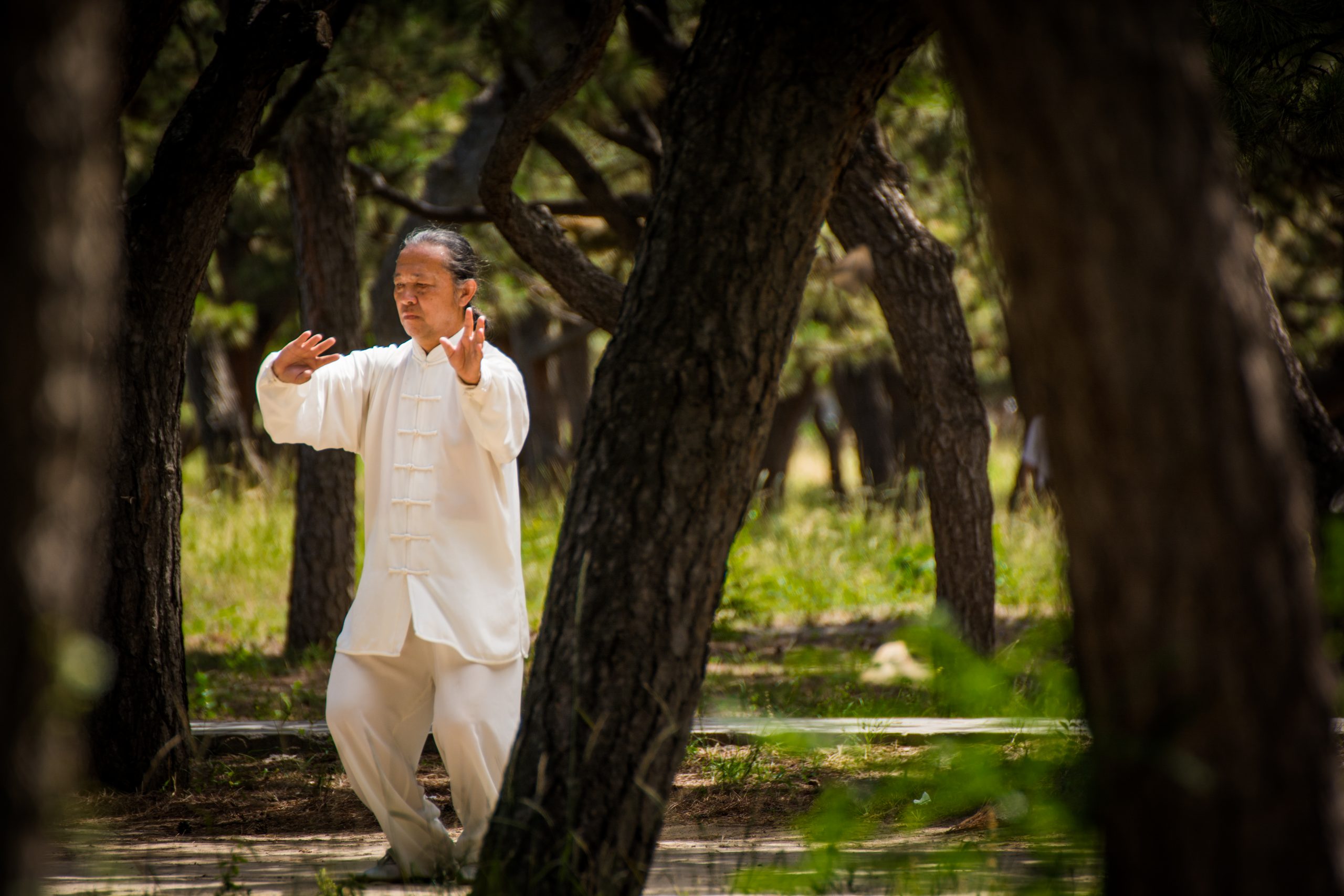 This country has some of the most extraordinary flora and fauna variety anywhere globally. There are about 4,400 vertebrate species, accounting for more than 10% of the world’s total. Approximately 500 mammal species, 1,189 bird species, 320 plus reptile species, and 210 amphibian species. More than 100 species of wildlife are unique to China, including the giant panda, golden-haired monkey, South China tiger, Brown-eared pheasant, white-flag dolphin, Chinese alligator, and red-crowned crane. China boasts some of the most diverse plant species on the planet. There are about 32,000 species of higher plants in China, and almost all of the primary plants found in the northern hemisphere’s cold, temperate, and tropical zones are represented. There are also about 7,000 kinds of woody plants, including 2,800 tree species. Only in China can you find metasequoia, Chinese cypress, Cathaya tree, China fir, golden larch, Taiwan fir, Fujian cypress, dove-tree, Eucommia, and Camplotheca Acuminata. The metasequoia, a tall arbor, is one of the world’s oldest and rarest plants. 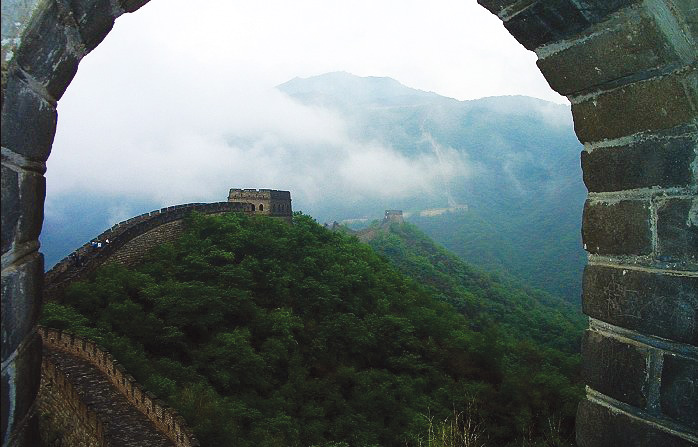 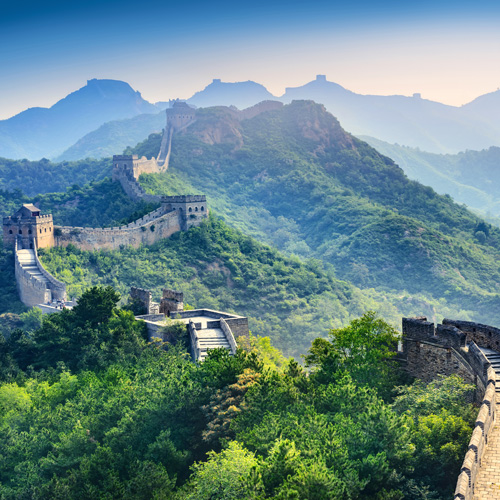 Duration |  12 days
Culture, technology, and much more! China is a new world to discover! This adventure can be customized by you and adapted to your needs! 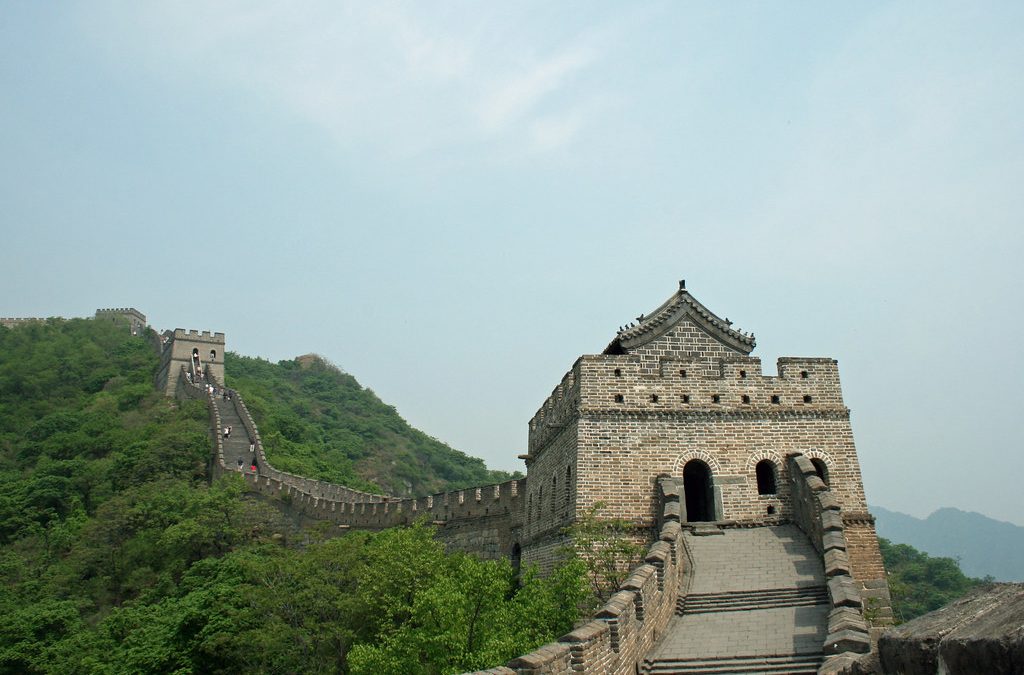 The Great Wall of China is implausible proof of the engineering capability of the Chinese people. To dimension the almost 5,000 kilometers of wall, walking the entire length would take 18 months. While areas have been wrecked over time, it has been restored,...