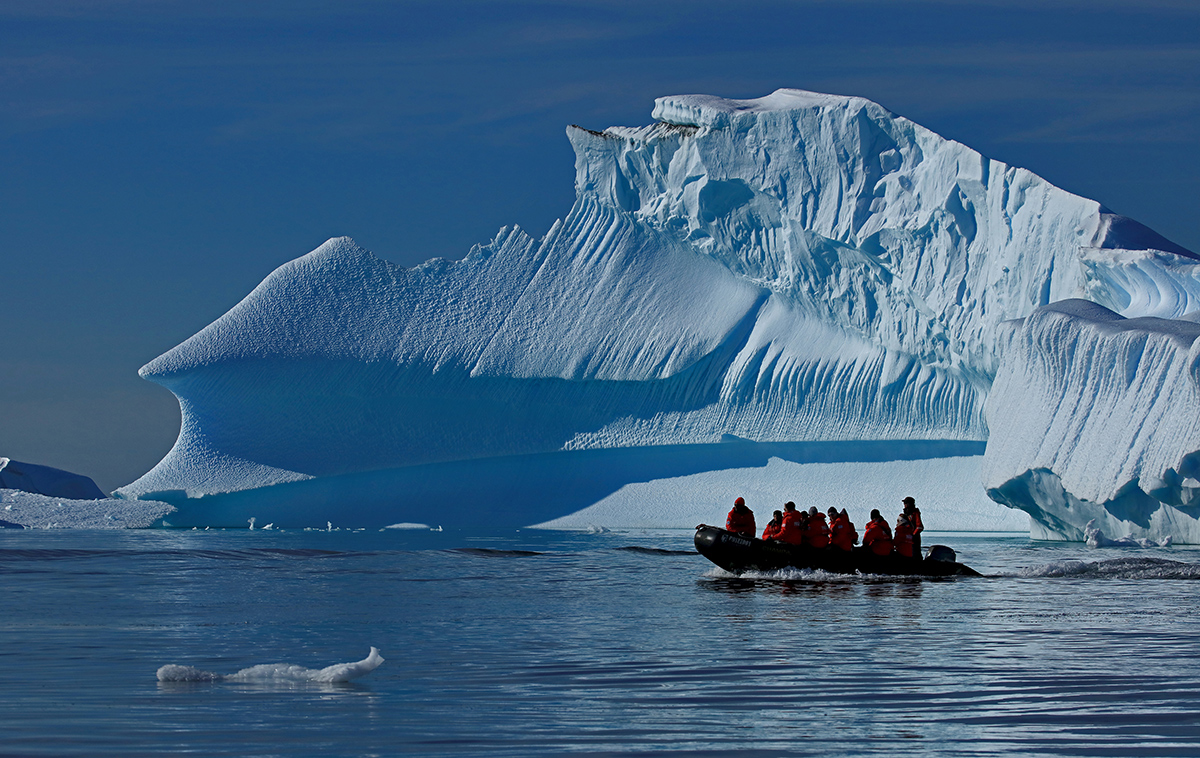 Nothing can prepare you for the sensation of your first steps on the ice. Hearing the crunch underfoot and experiencing the timelessness of this magnificent white continent. Your journey to Antarctica begins right here.

Witness an iceberg’s brilliant blue heart. Feel the rush of a leopard seal turning to look you in the eyes. Allow yourself to be charmed by the symphony of penguin’s calls as they make their journey from their nests to shore by sitting quietly on the beach. Your Antarctica cruise is no longer a fantasy; it is a joyful experience that you will remember for the rest of your life.

Antarctica is the ultimate big frontier for many explores, the final seventh continent on their bucket list.

This journey commands a particular level of toughness, agility, and flexibility. Even while cruises to Antarctica occur during the hottest months of the year, this is still a hostile environment at the end of the world, where the weather may change quickly, and storms can be severe.

Embark with a friendly group of like-minded travelers on a small ship exploration trip. We think that real adventure and friendship are at the heart of expedition cruising, and our expeditions are among the smaller Antarctic expedition cruises available.

The scenery in Antarctica is unlike anything else on the planet. Once there, you will be surrounded by massive icebergs. White mountains rise from deep blue seas to form sheltered coves and beautiful passageways such as the famed Lemaire Channel, covered on all but their sheerest slopes by perpetual snow and numerous glaciers curling over the tops of seashore cliffs. Geothermal beaches and magnificent evenings underneath the Midnight Sun.

Fragments of the continent’s frozen surface float around in these beautiful rivers. Ice is the constant backdrop of our journey, from massive icebergs that dwarf our ship to billowy blankets of brash ice crackling in the wake of our Zodiacs.

The multiple magnificent displays of Antarctica don’t end there, with all of these landscapes providing a background for unique and abundant marine and wildlife that can’t be found anyplace else on the planet.

Many epic exploits and expeditions of discovery have taken place in Antarctica. You will be following in the footsteps of early whalers, arctic explorers, and scientific missions on this journey.
Visit Elephant Island’s Point Wild, where Earnest Shackleton and his crew spent a portion of their epic adventure. The historical ruins of a whaling station on Deception Island, as well as a slew of far-flung research facilities run by several countries, may also be found in the South Shetland Islands.

In these regions, you may also admire current human creativity in scientific research stations of many nations. 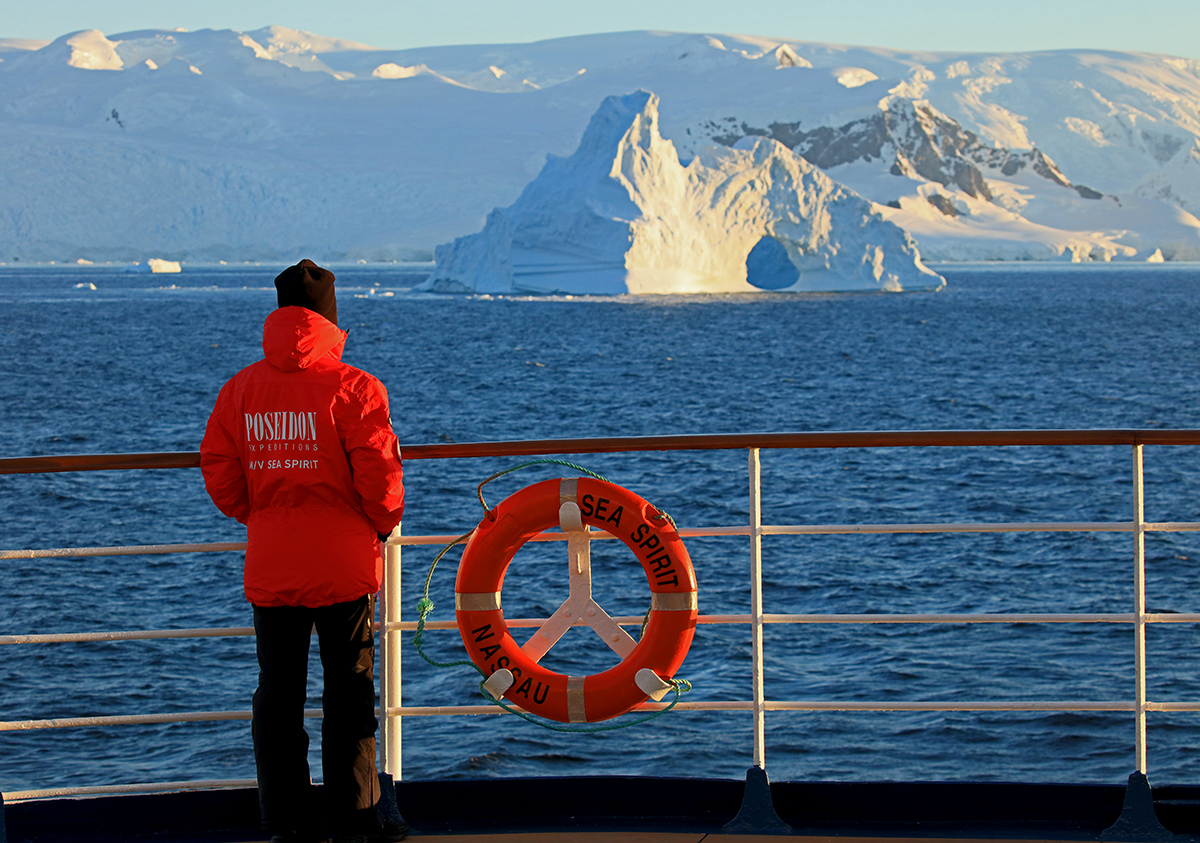 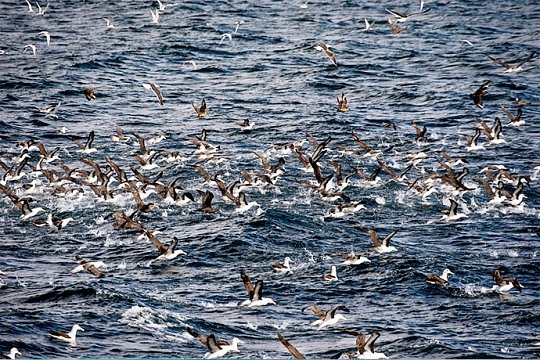 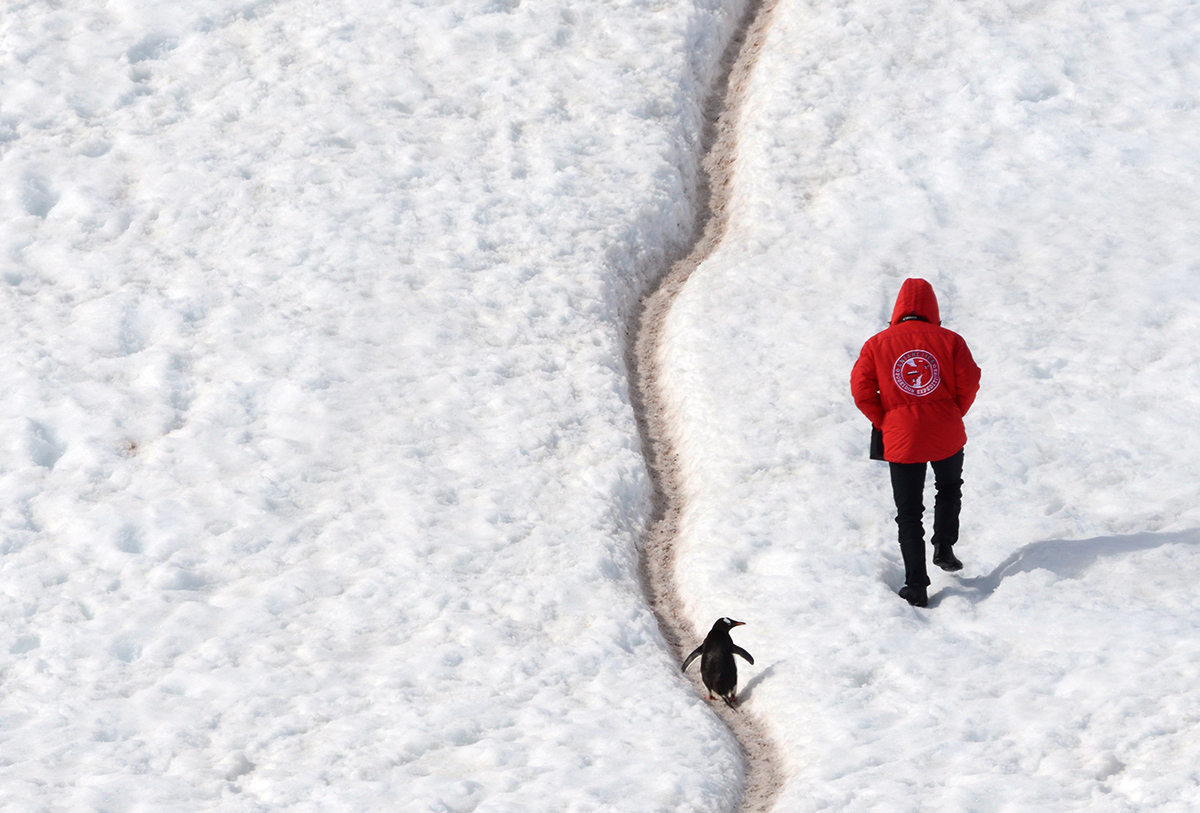 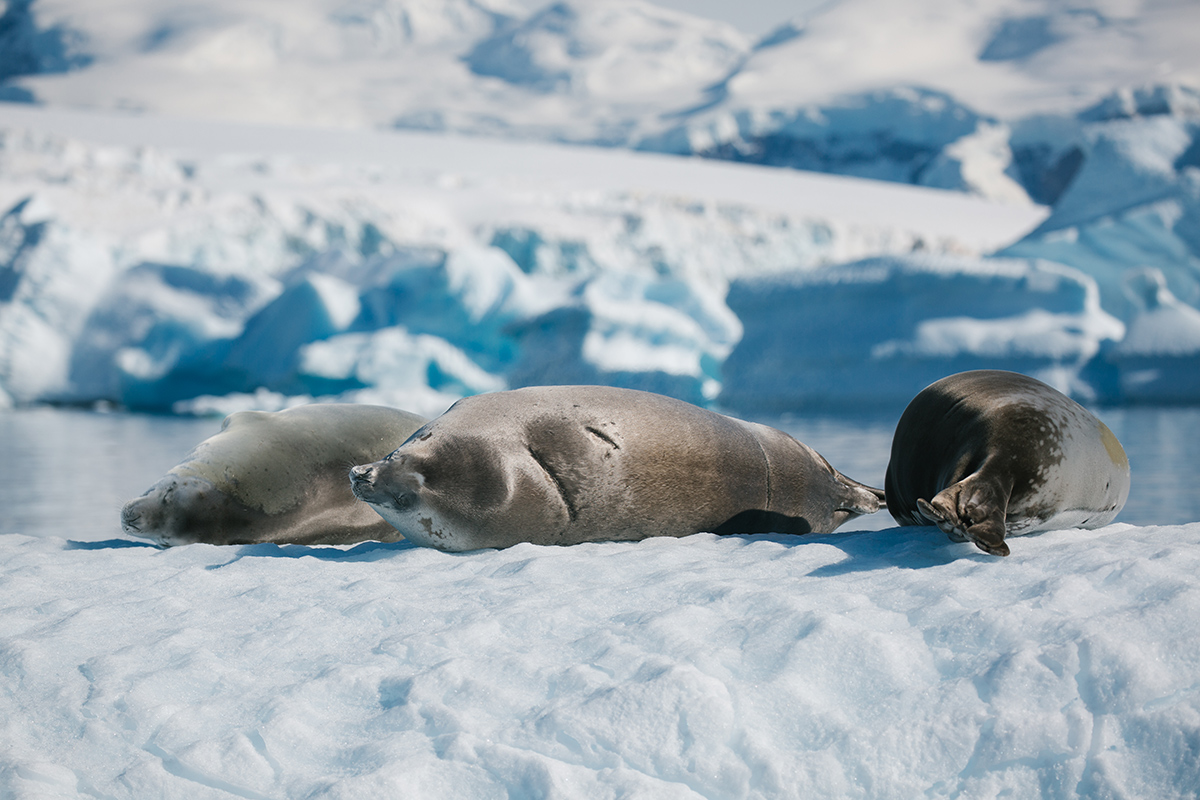 Antarctica is the world’s coldest location. Colder than the Arctic and the Andes, and even more challenging than Mt. Everest’s peak. Some regions of Antarctica may become so intense that if you toss a cup of boiling water in the air, it will condensate into snow and ice before it reaches the ground!

Antarctica has two seasons, summer and winter, with a wide range of average temperatures.

Although the sun does not set throughout the summer, Antarctica, the continent, lives true to its icy reputation. Summer maximums rarely surpass -20°C (-4°F) throughout most of the continent. The sole exception is along the shore, where highs occasionally exceed 0°C (32°F), especially on the Antarctic Peninsula. 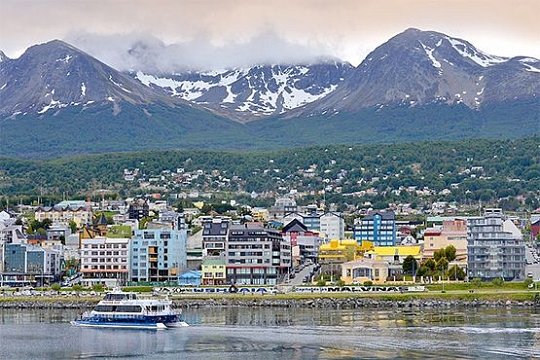 Antarctica is surrounded by sea ice for six months of the year, making travel close to impossible. Antarctica’s winter season begins in April. The sea ice encircling Antarctica nearly doubles in size, and the Emperor penguin is the only warm-blooded species that remains on the continent. As the continent sinks into the night, there is a deafening quiet over Antarctica. Sun sinks below the horizon, and it doesn’t rise at all for a few weeks in winter.

By October, the days start to become longer. With the return of light and the melting of sea ice, Antarctica sees a resurgence of its animals — as well as other visitors from far away.

So the best time to visit Antarctica is during the austral summer months of late October through March. 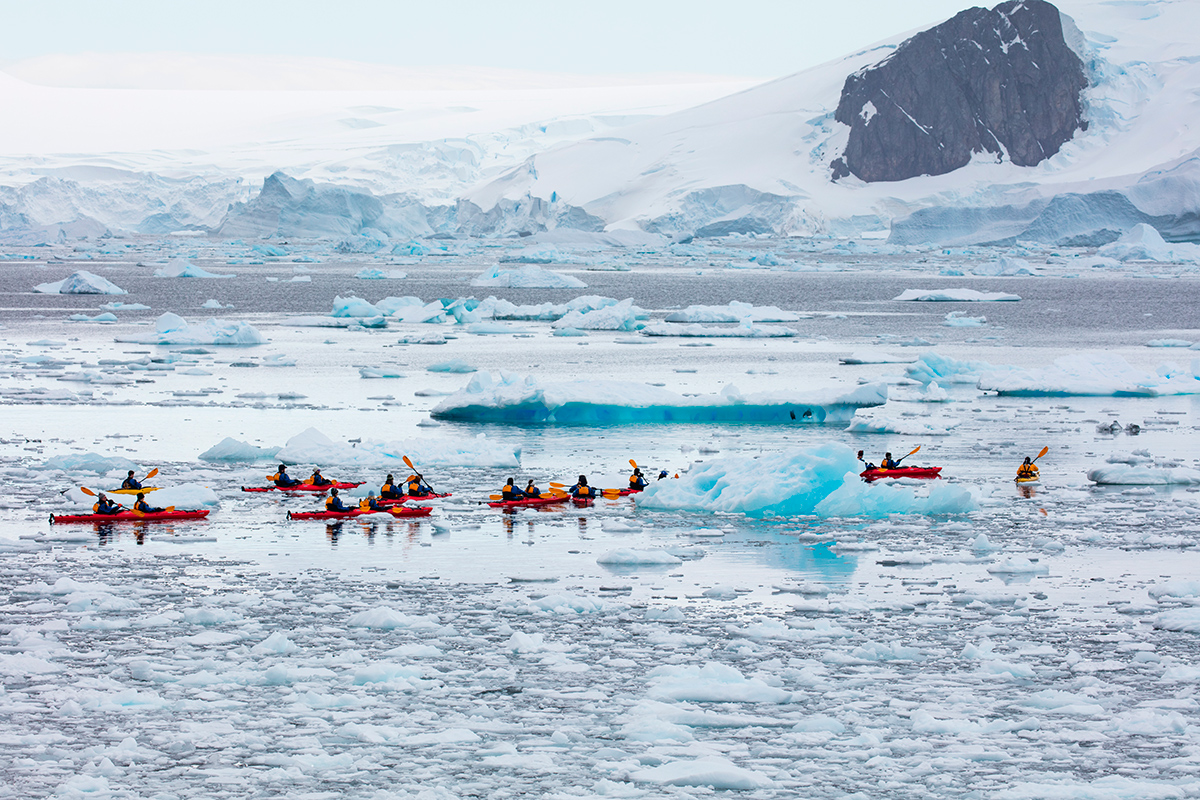 Antarctica is well-known for its penguins. You may walk ashore at the South Shetland Islands and the Antarctic Peninsula to see Gentoo, Chinstrap, and Adélie penguins congregating in noisy breeding colonies. Meeting a curious penguin chick is an unforgettable experience.

The windy and the treeless Falkland Islands are a birdwatcher’s dream. The islands are home to a plethora of birds, including five kinds of penguins.

Seabirds and marine animals number in the millions on the island of South Georgia. Fur seals and elephant seals compete for space on the island’s beaches, as do many king penguins.

Antarctica’s seas are also home to a large number of Weddell seals , crabeater, and leopard seals. In rich seas, humpback and killer whales can often be seen feeding. 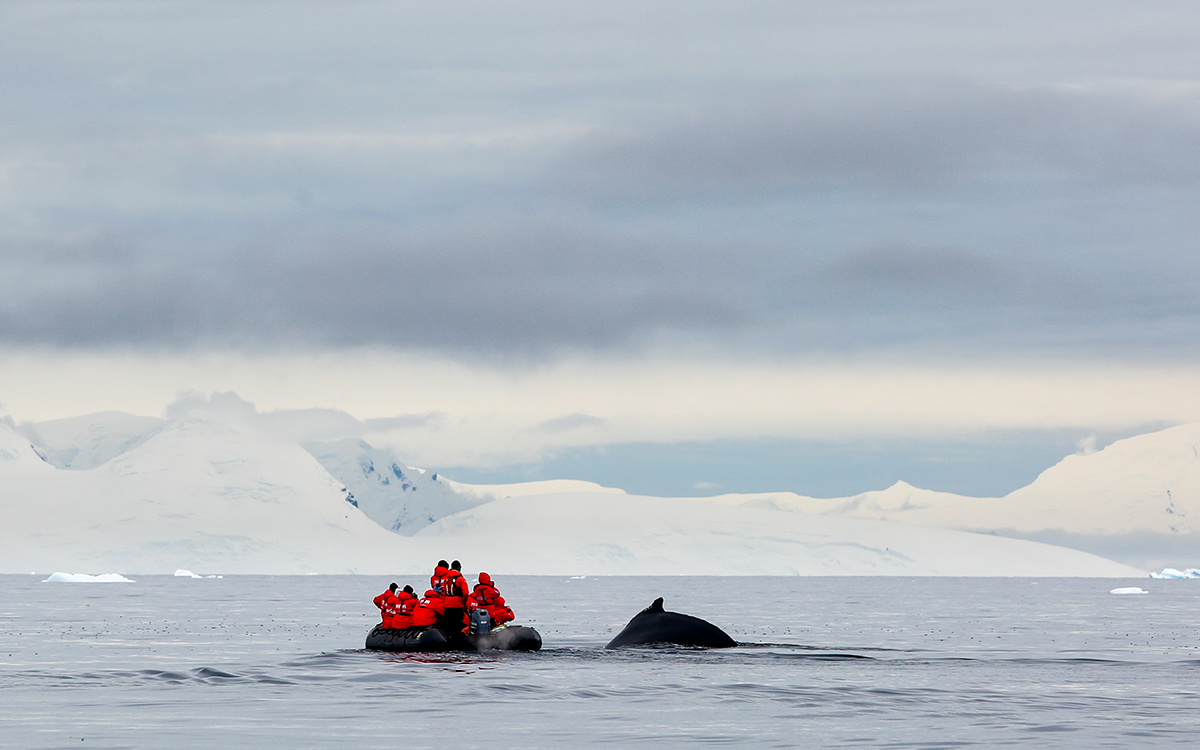 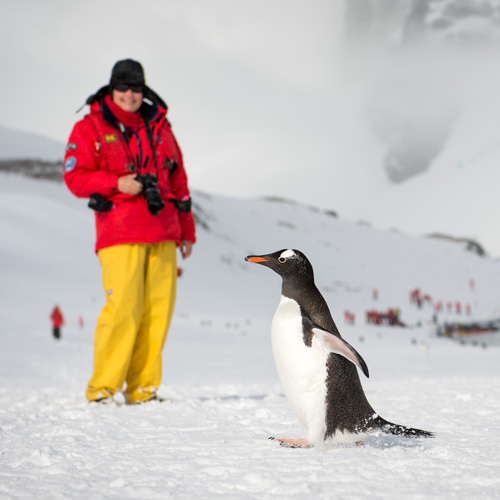